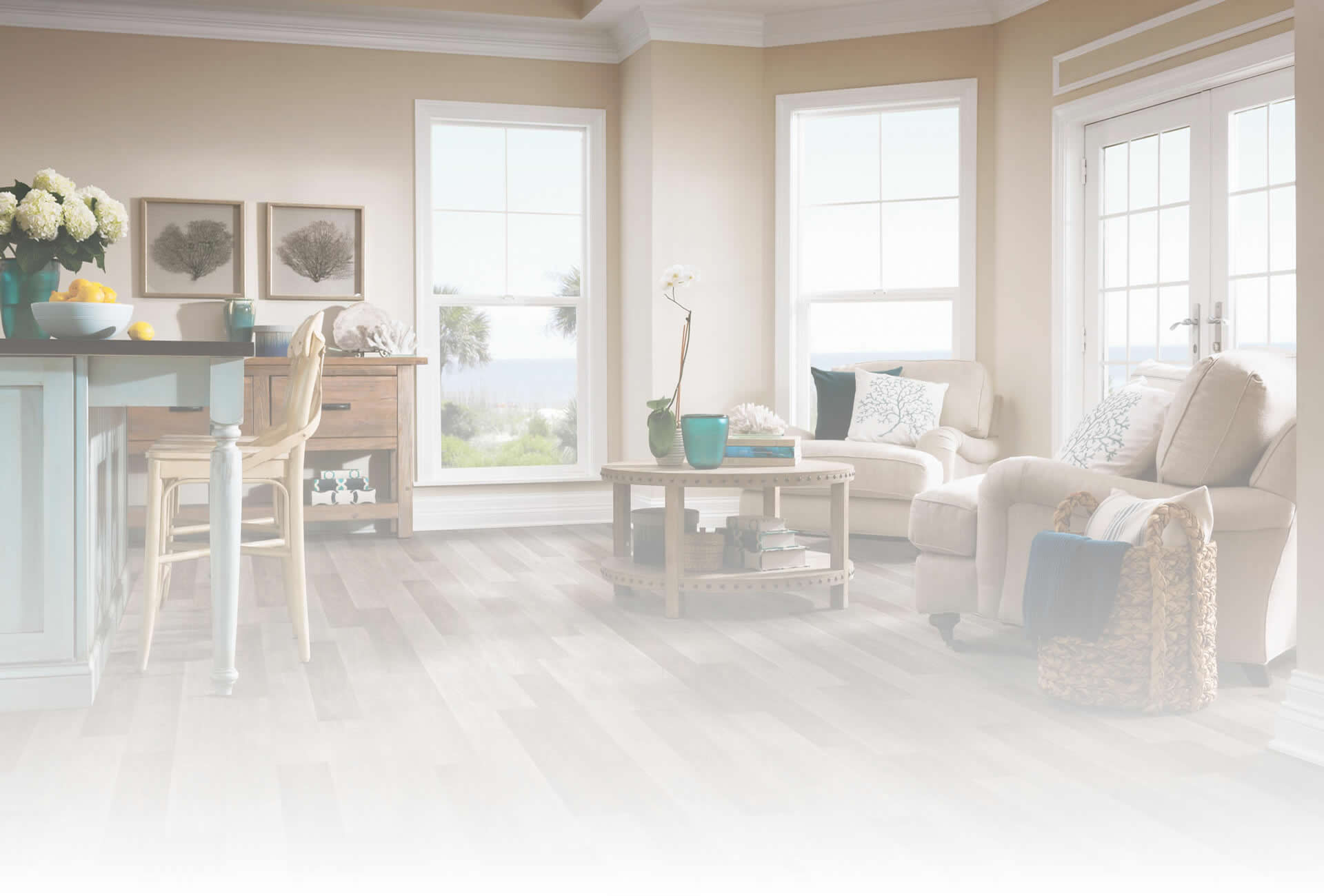 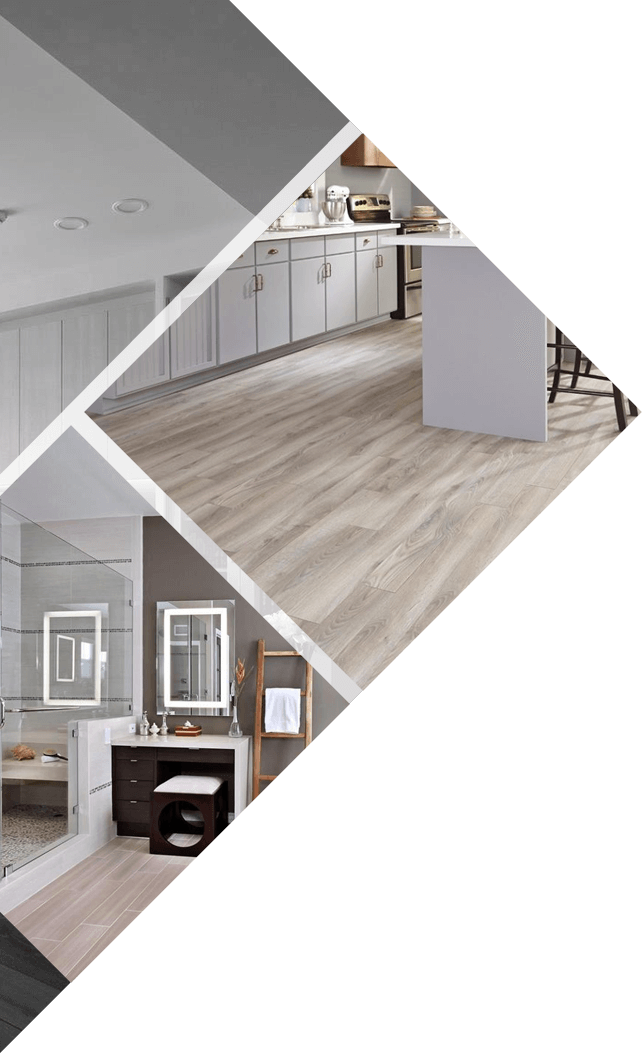 CONSTRUCTING THE FUTURE, RENOVATING THE PAST, BUILDING DREAMS MEANT TO LAST

Porcelain vs. ceramic tile: Is this a war between two vastly different types of materials or is it simply a war of words? For consumers, the terms porcelain and ceramic are often used interchangeably as if they were the same thing. And this is understandable since ceramic and porcelain tiles are used for the same applications, are installed the same way, and have largely the same merits and drawbacks as a flooring or wall surface material. At the same time, tile shop salespeople often claim a world of difference between the two, probably to justify porcelain’s cachet and its higher prices. Is there really a difference between porcelain and ceramic tile?

Porcelain and ceramic tile are both are part of the larger category of tiles that can generally be called ceramics—a category that includes all rigid tiles shaped from natural earthen clays and hardened by heat. In the modern tile industry, however, porcelain tiles occupy their own category, assigned there because they meet certain specifications.

Porcelain tile has a water absorption rate of 0.5 percent or lower as defined by the American Society for Testing and Materials (ASTM) section C373. To test this, the fired tile is first weighed, then it is boiled for five hours and left to sit in water for 24 hours. Then it is weighed again. If the tile weighs less than half of one-percent more as a result of water-absorbing into its surface, it is considered porcelain.

To achieve this density, a special kaolin clay mixture is used, which is finer and purer than most ceramic clay. It usually contains notable levels of quartz and feldspar mixed in. Porcelain tiles are fired at temperatures ranging from 2,200 to 2,500 degrees Fahrenheit. To the consumer, it generally suffices to say that porcelain is a dense, fine-grained, smooth tile that is more impervious to water than ordinary ceramic tile.

Tile defined as ceramic uses a coarser clay with a smaller ratio of fine kaolin clay, and it generally lacks some of the additives used in porcelain clay. Ceramic tile is fired at lower temperatures, generally no more than 1,650 degrees Fahrenheit. Ceramic tile can be slightly more prone to water infiltration than is porcelain tile, though these differences are fairly minimal if the ceramic tile is glazed.

Ceramic tile and porcelain both are often manufactured with a glazed surface coating, and at a glance, they may be indistinguishable.

One recent innovation with porcelain tile is the ability to manufacture them to resemble different materials. While ceramic tile generally has solid color and pattern, porcelain tiles are available that are remarkably good at mimicking natural stone such as marble or even wood grains. This makes porcelain tile an excellent choice where you want the look of wood without wood’s susceptibility to water damage.

Most ceramic tile that is not categorized as porcelain is a solid color, and simulations of wood grains or natural stone are not common with basic ceramic tile.

Porcelain tile has the edge when it comes to appearance, for the simple reason that it is available in more colors, patterns, and surface finishes, including tiles that resemble wood grains and natural stone.

Both ceramic and porcelain have very good resistance to heat and are sometimes used on countertops.

Porcelain tile is denser, heavier, and more impervious to water, and thus is a better choice than ceramic tile for outdoor locations, although outdoor use is recommended only in mild climates. Porcelain tile has excellent resistance to heat, making it a good choice for countertop surfaces.

Ceramic tile is somewhat more susceptible to moisture infiltration, though the differences are minimal if the tile is glazed. Ceramic tile has excellent heat resistance, making it a good choice for countertops.

Porcelain tile is very easy to clean up by damp-mopping with a mild water-soap solution. The cementitious grout filling the joints between tiles needs to be periodically sealed to guard against stains and mildew.

Ceramic tile has the same care and cleaning needs as ceramic tile—routine damp-mopping and period sealing of grout joints.

Best for Care and Cleaning: Tied

Porcelain and ceramic tile have the same needs for care and cleaning.

Porcelain clays are denser and thus less porous than ceramic clays. This makes porcelain tile harder and more impervious to moisture than ceramic tile. Due to its through-body composition, it is considered more durable and better suited for heavy usage than ceramic tile. Chip a porcelain tile, and the color continues all the way through; as a result, the damage is nearly invisible. Porcelain is an easy material to maintain, requiring only period sealing of the grout lines.

Chip a ceramic tile and you find a different color underneath the top glaze, which means that chips are likely to be quite visible. The clays used for ceramic tile are less dense than porcelain clays, which means ceramic tiles are somewhat more prone to cracking and breaking. Unglazed ceramic tiles may also need to have sealers applied to the entire tile, not just the grout lines.

As a harder material that has solid color throughout, porcelain tiles are stronger and more durable, and chips are less likely to be visible.

Both forms of tile are installed using similar methods. Tiles are adhered to an underlayment of cement board using a mortar-based thin-set adhesive. Once the tiles are set, the joints between tiles are filled with mortar-based grout, which is sealed against moisture once it dries. There are slight differences in how ceramic tile and porcelain tile are handled, based on their differing densities.

Porcelain tile is more brittle and may require the experienced hand of an experienced tile-setter to cut properly. A wet tile saw is the recommended tool for cutting porcelain, while an inexpensive snap cutter generally works fine with ceramic tile.

While ceramic tile is less dense than porcelain tile and thus less durable, it is also a far easier material for do-it-yourselfer homeowners to cut manually, by wet tile saw, or with a snap tile cutter.

Although techniques are very similar, ceramic tile is slightly easier to install, since it is a softer material that is easier to cut.

Porcelain is more expensive to manufacture than ceramic tile, resulting in higher retail prices. Porcelain tiles begin at about $3 per square foot, running to $35 per square foot.

As a general category, ceramic tile is less expensive than most porcelain tiles. But there is a surprisingly large range of prices for both types of tiles. Note that the very highest quality designer tiles tend to cost roughly the same for ceramic and porcelain.

Both ceramic and porcelain tiles are very durable building materials, provided they are well cared for.

Porcelain tile is a harder substance and wears better than ceramic tile, but its hardness can also make it more susceptible to cracking under structural shifting in a building.

By some estimates, a ceramic tile floor can last from 75 to 100 years if the grout is maintained properly and sealed regularly. While it theoretically is softer and doesn’t wear as long as porcelain tile, it also tends to resist cracking due to structure shifting somewhat better than does porcelain tile

Both materials can be lifetime surfaces if they are properly maintained.

There is not a clear winner when it comes to choosing ceramic tile or porcelain tile. Both are similar building materials, and most forms are equally suitable as a flooring material, wall covering, or countertop surface. While you should make sure that the tile is rated for the use (tiles rated for floor use are typically thicker and the product will specify that this is an allowed use), your choice of ceramic or porcelain tile really boils down to what particular tile style appeals to you visually.

Most companies that manufacture ceramic tiles also offer a good selection of porcelain tiles. Some popular brands include:

In addition, many of the giant flooring corporations, such as Shaw and Armstrong, also offer porcelain and ceramic tiles.

How Porcelain Is Certified

For years, tile manufacturers and tile distributors did not see eye to eye on the issue of how to define porcelain vs. ceramic tile. By 2008, the debate had reached such a fevered pitch that the manufacturers, represented by the Tile Council of North America (TCNA), and the distributors, represented by the Ceramic Tile Distributors Association (CTDA), formed a third-party organization to settle the differences and come up with a standard definition for porcelain tile. They called this new group the Porcelain Tile Certification Agency (PTCA).

According to the PTCA, it is not simply enough for a tile to be “impervious” (a favorite tile term, meaning that it is good against water). The tile has to meet those ASTM C373 standards of water absorption by sending in five tile samples for testing, paying a fee, submitting a participation agreement, and renewing certification every three years. After certification, a company may use the PTCA Certification Mark branding. At last count, 28 North American tile companies had received certification as producing authentic porcelain tile.

The PTCA’s fight did not end with the establishment of water absorption criteria. Today, about 70 percent of the tile purchased in North America is imported. The PTCA indicates that much of the imported tile that is prominently labeled as being “porcelain” is not porcelain.

In one independent blind test conducted by the TCNA, 1,466 tiles were tested for the water absorption criteria that would qualify those tiles for porcelain status. The conclusion was startling. Close to 23 percent (336 total) of the tiles tested that were labeled as “porcelain” were falsely labeled. In other words, they absorbed water over that 0.5 percent benchmark. In some cases, the so-called porcelain tile had an alarming 3 percent absorption rate.

This is an on-going fight for the PTCA, especially since more and more tiles are being imported. As a self-policing, self-funded organization, the PTCA lacks the resources to test every single tile that crosses the international border for water absorption criteria.

One way to determine if a porcelain tile is truly porcelain is to check the box for the PTCA Certification Mark. Currently, this is the distinctive green and gray logo that reads “Certified Porcelain Tile 0.5% water absorption,” with a diamond-shaped tile forming the “O” of “porcelain.”

However, the PTCA mark is subject to change. Plus, dishonest tile companies may fraudulently mislabel their boxes. That being the case, the only way to know for certain if that tile is truly porcelain is to check it against the PTCA’s on-going database of tile makers and their series of porcelain tiles.

The PTCA’s sole interest is in assuring that tiles that are labeled as porcelain meet or exceed water absorption rate standards. But it can also be helpful to look at standards defined by American National Standards Institute (ANSI) A137.1, which says in part that porcelain tile can be defined as tile that is produced with a “dust-pressed method of a composition resulting in a tile that is dense, impervious, fine-grained, and smooth with a sharply formed face.” It is important to note that ANSI A137.1 also references those important ASTM C373 standards of water absorption rates.

Any cookies that may not be particularly necessary for the website to function and is used specifically to collect user personal data via analytics, ads, other embedded contents are termed as non-necessary cookies. It is mandatory to procure user consent prior to running these cookies on your website.